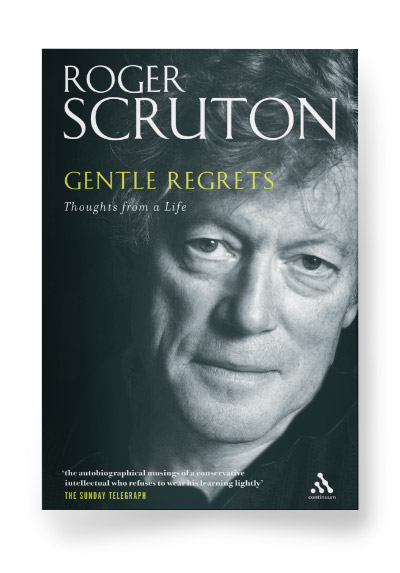 Roger Scruton is Britain's best known intellectual dissident, who has defended English traditions and English identity against an official culture of denigration.

Although his writings on philosophical aesthetics have shown him to be a leading authority in the field, his defence of political conservatism has marked him out in academic circles as public enemy number one. Whether it is Scruton's opinions that get up the nose of his critics, or the wit and erudition with which he expresses them, there is no doubt that their noses are vastly distended by his presence, and constantly on the verge of a collective sneeze. Contrary to orthodox opinion, however, Roger Scruton is a human being, and Gentle Regrets contains the proof of it - a quiet, witty but also serious and moving account of the ways in which life brought him to think what he thinks, and to be what he is. His moving vignettes of his childhood and later influences illuminate this book. Love him or hate him, he will engage you in an argument that is both intellectually stimulating and informed by humour.