A Political Philosophy: Arguments for Conservatism 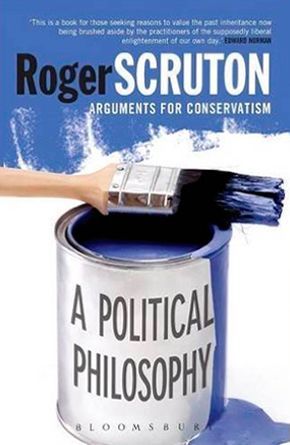 What principles should govern our relations to the nation-state, to the environment, to other species, to other cultures and to other ways of life?

How should we approach marriage, religion, evil and mortality?

How should we respond to relativism and nihilism in their current forms? What explains the rise of totalitarianism, and the fatal attraction that it exerts over the educated mind? What is Enlightenment, and what residue has it left in our view of ourselves? Those are some of the questions addressed by Roger Scruton in this scintillating book of philosophical reflections. Well known as a commentator, Roger Scruton makes no concessions to intellectual fashion, and is forthright in expressing what he believes and why he believes it. The result is challenging, but informed throughout by a humane and compassionate outlook. Scruton's targets are shown to deserve his sceptical assault on them, and the vision that he defends, of a society ordered by custom, tradition and national loyalty, is one that will appeal far more widely than to orthodox conservatives.

'What may be found here is a collection of acute observations about modern attitudes, arguments underming their essential assumptions, and references to the past which enable the reader to set moral and intellectual enquiry into a wide frame of reference.

The essays are certainly polemical, and are clearly intended to be; they are, however, elevated above the trivial rhetoric of modern politics, and achieve a distinction that is at once apparent and readily accessible.

His essays are prophetic assaults upon the superficial and false understandings inherent in the substitute morality now mandatory in modern materialist thought...there remains intellectual engagement of a high order.'