Roger is a philosopher, public commentator and author of over 40 books. He has specialised in aesthetics with particular attention to music and architecture. 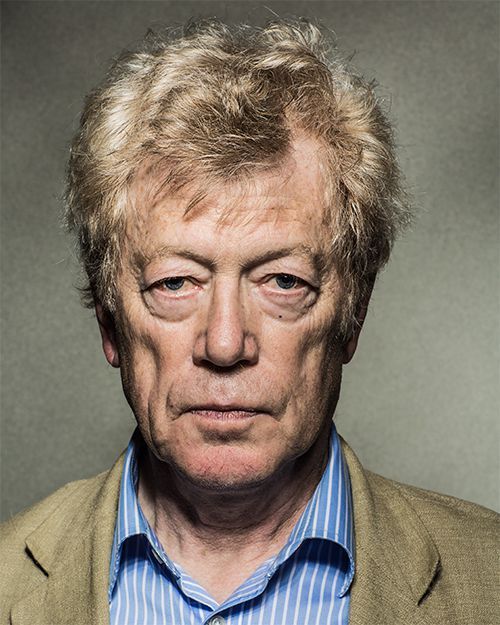 He engages in contemporary political and cultural debates from the standpoint of a conservative thinker and is well known as a powerful polemicist. He is a fellow of the Royal Society of Literature and a fellow of the British Academy.

For more detailed information, you can view his full CV.

There follows a brief résumé of my career:

I graduated from Cambridge University in 1965, spent two years abroad and then pursued an academic career in philosophy, first in Cambridge, and then in London, until 1990, when I took a year's leave of absence to work for an educational charity in Czechoslovakia. This charity grew from the 'underground university' which colleagues and I had established in the last decade of communism. My contacts with the countries of the old Eastern Bloc remain strong and earlier this year I was honoured by the Lech Kaczynski Foundation with the Medal for Courage and Integrity, in recognition of work in Poland in the 1980s. You can read my acceptance speech on the website here. I taught part-time at Boston University Massachusetts until the end of 1994, while building up a public affairs consultancy in Eastern Europe. Since then I have been a free-lance writer and consultant, taking on short-term contracts when necessary. I am currently senior fellow at the Ethics and Public Policy Center in Washington, D.C., and Professor in the Humanities Research Institute at Buckingham University. Since 1996 I have been married to Sophie, and we have two children, Sam, born in 1998 and Lucy, born in 2000.

My principal activity remains what it has been for the last 30 years, which is writing, and my books and articles cover a broad range of topics in several genres. (Read my novella A Dove Descending here). My serious academic research has been in the area of aesthetics, with two books – The Aesthetics of Architecture and The Aesthetics of Music – that I would like to think have made a small contribution to their respective fields. In addition I have written essays, criticism, autobiography, invocations of country life, novels and poems (I discuss my intellectual identity here). You will also find on this site some traces of my hobby as an amateur composer. (My opera 'Violet' is available here).

I am a senior fellow at the Future Symphony Institute - a think tank dedicated entirely to classical music. I share this passion with founder Andrew Balio and his wife Laura Jean and together we challenge the problems facing classical music and orchestras in this modern day. Our mission is to formulate a strategy for the renaissance of live classical music and to translate that strategy into programmes made freely available to everyone they may benefit. You can see my articles here.

My recent articles include The Liar Paradox and Thinking with Wine, published in The Spectator Life magazine, to which I am a regular contributor. Most of my articles can be found through the articles tab, this also includes videos and podcasts of recent speeches and interviews. You can also keep up to date with my schedule of events on the appearances page. This gives a few details of the up and coming events that I will be attending and contributing to. If you are that way inclined, you can also follow me on Twitter or on ‘Roger Scruton Quotes’, a Twitter account run by John Williams.

Why Beauty Matters, a BBC 2 production broadcast in November 2009, on the importance of beauty in the arts and in our lives, remains among the most popular of my productions and can be encountered on You Tube in a version with Portuguese subtitles. The BBC does not permit its circulation in Britain, any more than I would permit the BBC if I had the power. The majority of my essays and other work can be found on the website, but if there is something you can’t see please do get in touch. Among recent interviews and profiles you can find that by Eugénie Bastié in Le Figaro here.

RT @Scruton_Legacy: The Roger Scruton Memorial Lectures, this coming October! Register to attend lectures in Oxford by Niall Ferguson (18…
News from Scrutopia - https://t.co/veto36rKTU
RT @Scruton_Legacy: Today is the day! Join us and Douglas Murray for this special book launch of Roger Scruton's 'Confessions of a Hereti…
Follow Scrutari semper on Twitter